The Smart Protein project aims to explore the crop suitability and processing quality of quinoa, faba beans, lentils, and chickpeas in seven representative pedo-climatic zones of Europe, using organic regenerative farming systems. Learn more about the progress of this project, which is helping Europe transition towards more sustainable plant-protein production.

The way we produce and consume protein today presents significant social, environmental, and economic challenges. In particular, relying on animal-based protein sources puts a heavy strain on our environment.

In order to meet the increased demand for protein sources and the need for more resource-efficient production, the first Work Package from the Smart Protein project is focusing on protein-crop production in Europe, using regenerative organic farming systems. The University of Udine is leading this Work Package in collaboration with eight additional partners across Europe: Glanbia and Beotanics in Ireland, Intia in Spain, Delphy in the Netherlands, the University of Copenhagen in Denmark, Arca and Quinoa Marche in Italy, and Equinom in Israel.

Legume consumption has dipped in the last few decades

Achieving sustainability is at the heart of agricultural policy debates in Europe. While crop diversification is important to sustainable agriculture, over the last 60 years, Europe has moved in the opposite direction, favouring just a few cereals (maize, wheat, and barley) and oilseeds (canola and sunflower). A significant reduction in the area cropped with grain legumes (pulses for food, in particular) has been observed, leading to a reduction of the ecosystem services provided by legumes.

“The acreage of protein crops such as peas and faba beans was considerable in the early nineties of the last century, and collapsed again as prices went down or subsidies were banned,” says Harm Brinks, Project Manager at Delphy, one of the Smart Protein project partners. Farmers crop cereals because the industry prefers cheap grain legumes (for feed or for food) from elsewhere, says Harm.

The simplification and specialisation of agricultural production systems over time has led to a general decrease in diversity. As a result, agricultural landscapes are becoming more homogenous, and wheat and other cereals reign supreme in Europe. “It seems that farmers are locked into the current food-supply chain, since most research, genetic improvements, and farmer consultancy system is based on major cereal or bio-energy crops,” says Gemini Delle Vedove, Senior Researcher in Agronomy and a Lecturer in Organic Farming at the University of Udine, as well as the leader of Smart Protein’s Work Package 1. Farmers’ lock-in is also caused by high specialisation downstream of the supply chain: cereal selection and storage plants are generally not able to manage grain legumes or other crops for human consumption (e.g. buckwheat, millet, quinoa, amaranth). The majority of storage and processing facilities are designed for cereals or oilseed crops for biofuel (e.g. rapeseed or sunflower).

The Smart Protein project has made the growing of protein crops (chickpeas, fava beans, lentils, and quinoa) using regenerative organic agriculture (ROA) principles a key focus of its work. ROA moves beyond sustainable agriculture and is based on the principles of regenerating soil health in order to more fully sustain life and local ecosystems. The four keystones of regenerative agriculture, as applied to croplands, are: 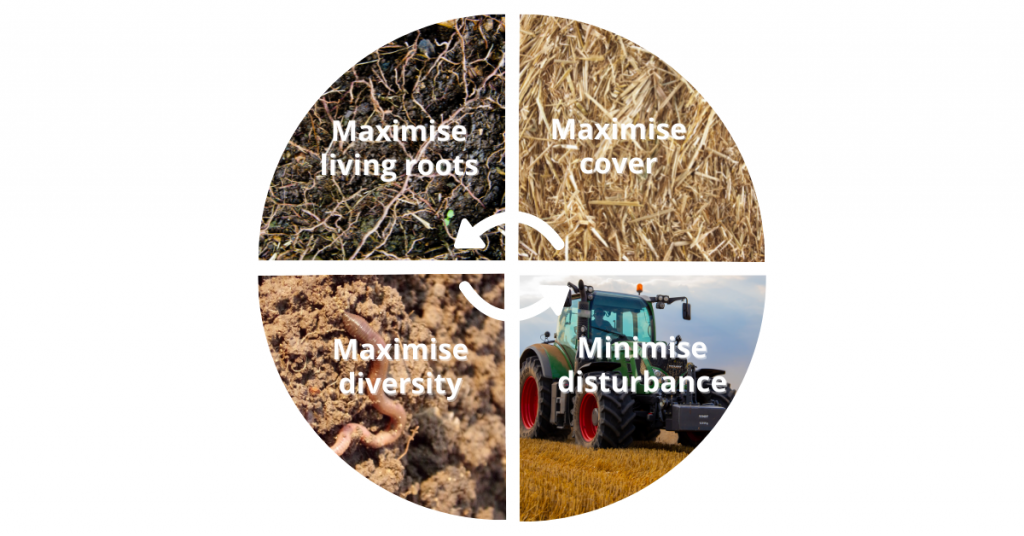 Minimising soil disturbance and maximising soil cover protect the soil habitat (soil houses vital living organisms), resulting in a positive balance of organic matter in the soil, while maximising living roots and crop diversity helps to feed the organisms inhabiting the soil and allows for important soil services (nutrient cycling, carbon sequestration, reduction of pests and diseases). Key to this approach is the acknowledgement that the role of soil extends beyond food provisioning and is vital for planetary health.

Results from the field

The first year of Work Package 1 was dedicated to trials of various varieties of chickpea, fava bean, lentil, and quinoa. Commercial and pre-commercial varieties were tested in experimental plots in Denmark, Netherland, Ireland, Spain, and Italy.

Unfortunately, the COVID-19 pandemic delayed the sowing time in Southern Europe by 45-90 days, compared to the optimal sowing dates, while, in Northern Europe, sowing dates were delayed by 15 days. The delay is considered detrimental in the Southern European regions due to the increased risk of high temperatures and drought conditions during the flowering and seed-filling periods. And, in fact, high temperatures during flowering were indeed prejudicial for lentils’ seed setting in Spain. But some accidents also occurred in Northern Europe: in Ireland, two storms close to harvest compromised the ripening of the fava beans, chickpeas, and lentils. As a result, Southern Europe only obtained yield results in Spain and only for chickpea and quinoa. More data was collected in Northern Europe, although not at an optimal level. 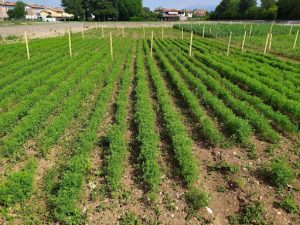 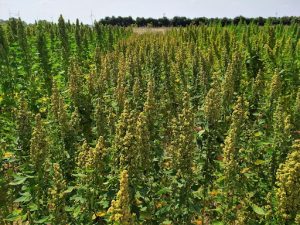