46% of consumers have significantly reduced their meat consumption, according to the new Smart Protein pan-European survey

As the plant-based food market continues to rapidly expand, a new pan-European survey by ProVeg International, in partnership with Innova Market Insights, the University of Copenhagen, and Ghent University, as part of the Smart Protein project, takes a detailed look at consumer attitudes towards plant-based foods. The results indicate that there is a significant shift towards plant-based eating taking place across the continent.

The survey asked more than 7,500 people in 10 European countries (Austria, Denmark, France, Germany, Italy, Netherlands, Poland, Romania, Spain, and the UK) about their attitudes towards the consumption of plant-based foods, their trust in relation to such products, their current consumption habits, the key drivers of their food choices, and various other relevant topics in the field of alternative protein.

“The survey indicates that there is tremendous potential for plant-based foods in Europe and gives a green light to all relevant players in the field to develop more and better products. Consumer demand for alternative proteins is growing at a remarkable rate, with no end in sight.” Jasmijn de Boo, Vice President, ProVeg International

Read on for the most exciting insights from our survey.

There is a noticeable shift in consumer behaviour

While 7% of respondents follow a completely plant-based diet, almost half of those sampled (46%) have already reduced their meat consumption and 40% plan to do so in the future, while 30% intend reducing their dairy consumption. This shows that plant-based foods are reaching more and more consumers who are concerned about their health, the environment, and animal welfare, and are consequently adjusting their consumption habits.The country-specific report provides even more detailed results on attitudes to plant-based foods.

30% of Europeans are flexitarians

The survey places a special focus on flexitarians. Since they are the most important target group for plant-based food products, special attention should be paid to their attitudes towards the plant-based sector.

30% of the European consumers who responded to the survey identify as flexitarians. Of these, 73% have already reduced their meat consumption substantially. The survey identifies taste and health as the most important purchase drivers for flexitarians when it comes to plant-based food, followed by freshness, no additives, and lower prices. Accordingly, 50% of flexitarians stated that plant-based options in supermarkets are currently too expensive.

Nearly two-thirds of flexitarians (61%) trust that foods based on plant protein are safe, and also think that they are accurately labelled (60%). However, 48% of flexitarian consumers would still like to receive more information on plant-based food products.

The overall report, What do consumers want: a European survey on consumer attitudes towards plant-based foods, with a focus on flexitarians, discusses the survey findings on flexitarians as a consumer group.

The survey reveals a significant shift towards plant-based consumption patterns across Europe and highlights the need for more plant-based options on the market. Special attention should be paid to flexitarians, as they form the most important consumer group. 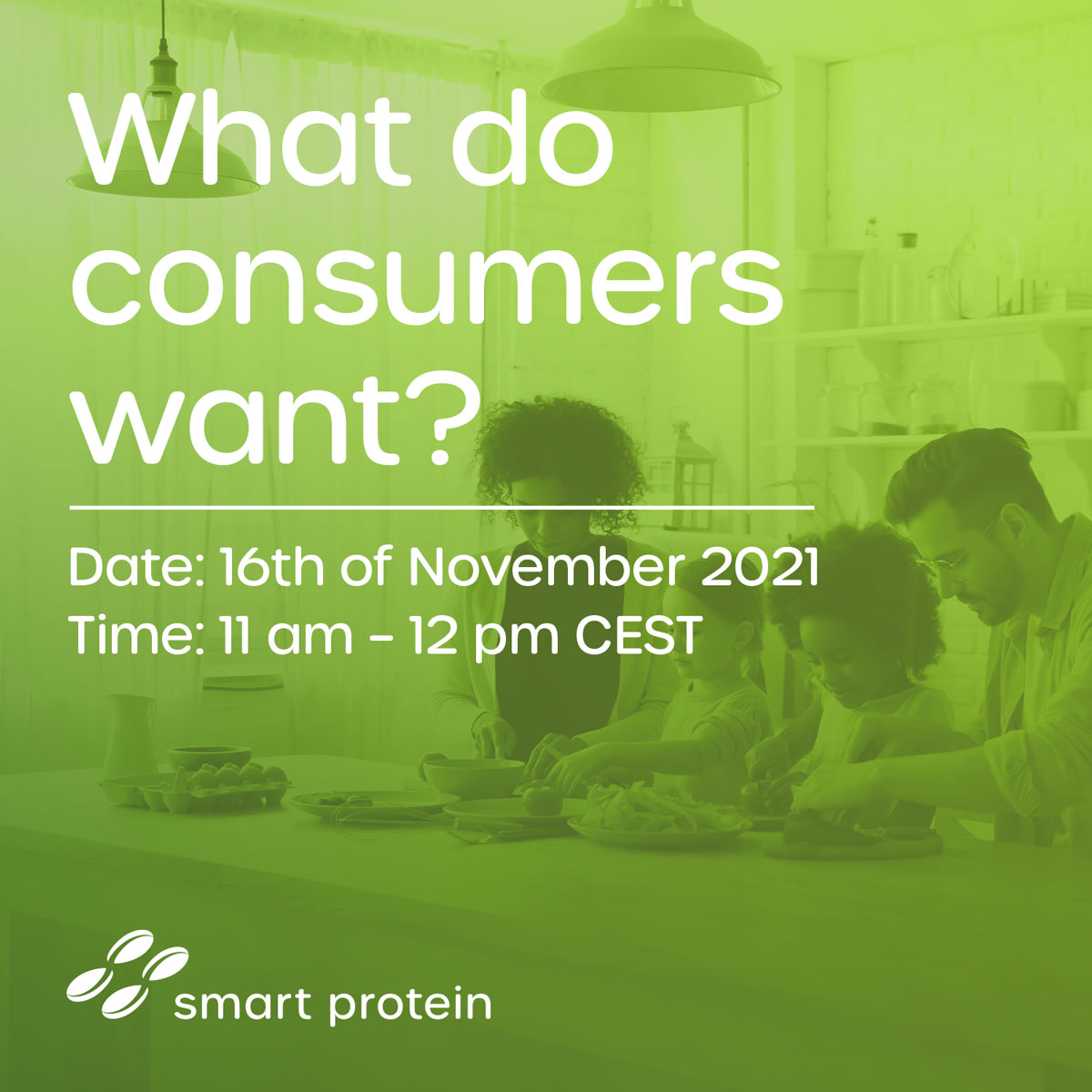 MORE ON THIS TOPIC

ProVeg, together with the Smart Protein project, will be hosting a webinar exploring the results of the report. Join the webinar and learn more about consumers’ attitudes towards the consumption of plant-based foods, the degree to which they trust such products, their current consumption habits, the key drivers of their food choices, and various other relevant topics in the field of alternative protein.

REGISTER FOR THIS WEBINAR